Kenya is considered the pride of Africa and a highly desirable destination for safari experiences.  Safaris receive two types of misconceptions 1) It’s expensive 2) You’re roughing it in the wild sleeping outside and risking your life to see wild animals.  Both contradict each other and are not 100% true. Safaris can become pricy if you book with a luxury safari company. However, there are affordable options for safari that provide amazing wildlife and great accommodations at an affordable price.  Game Watches Safaris and Porini Camps have created a unique option in the marketplace while being environmentally and socially responsible. Here are my 13 reason to book with them: 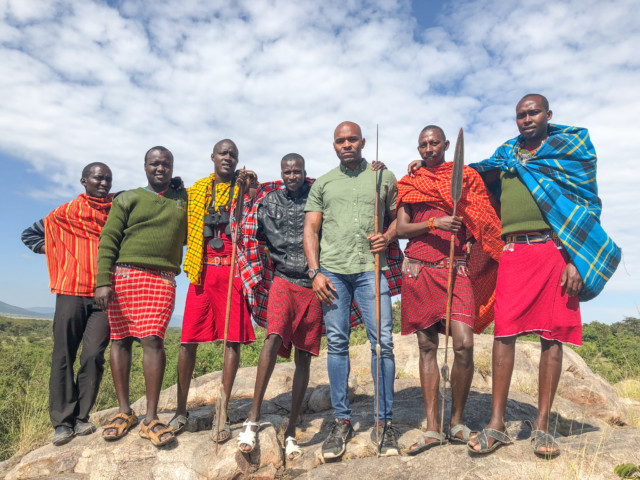 Had a great time being guided by these Maasai Warriors at the Porini Cheetah Camp.

Game Watches has invested in working with the local Massai community to lease the their land for campsites.  They also train and employ Massai from the community and pay a bed occupancy fee for each guest to the local community.

The campsites are constructed from materials that have little effect on the environment.  If the camp needs to move locations they can relocate and leave very little evidence the area was once occupied.  Kenya recently went through an extreme rainy season and some camps had to shut down due to massive flooding. When I arrived the Gamewatchers Adventure camp in Selenkey it just reopened but left like its been in operation for years.  The showers operate on a bucket system, when you need to take a shower they fill up a bucket with perfect bathing temperature and you get approximately 5 gallons of water to shower. You have to be strategic with showering but at the end of the day it’s all about conservancy.

I enjoyed every meal while staying at the camps.  All the camps use the same meal plan calendar because guests stay in different camps within the company. By using the same meal calendar guests won’t eat the same type of food twice. The food by default falls into the American organic category.  I had three courses with lunch & dinner and I left like I lose weight eating in Kenya.

Are you ready for this weeks adventure? You might get dirty, hit some detours, catch a few storms but we’re going to roll over all the BS and win! Are you ready to win? #escapewithnate #mondaymotivation #fromchicagotothecongo Tag a friend who is always down for an adventure! I know @kelleesetgo @pausethemoment @travelingjules @duzer @tanykarenee @travelistateri @travelbarefeet @djfrogie stay ready!

The tented camp is special because you can land at Jomo Kenyatta International Airport and after you exit the airport within 1-2 hours you can be at tented camp inside the Nairobi National Park.  When you’re on game drives you can see the Nairobi skyline from a distance and a lion sleeping in the bush. 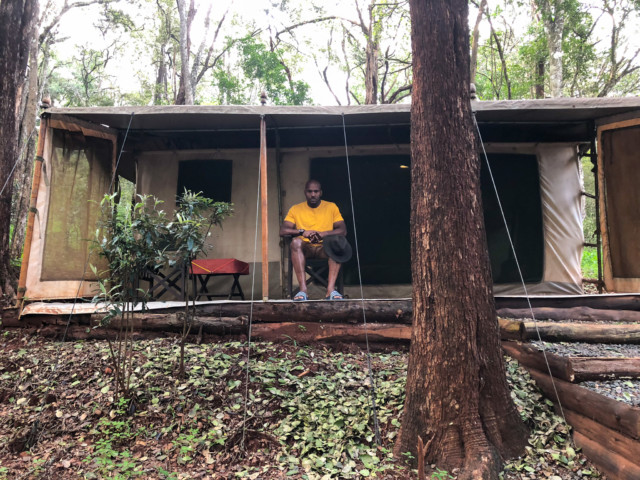 Chilling on the porch of my tent before an evening safari at Nairobi Tented Camp. 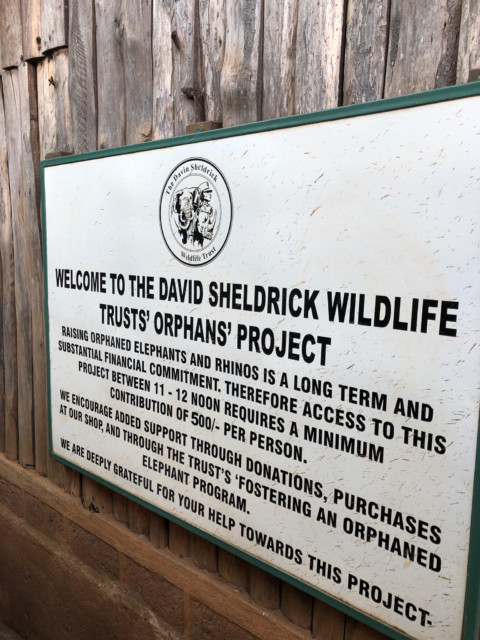 Visiting the orphanage is a delight and you’re able to get close to the baby elephantsa only separated by a rope.  The elephants are orphans due to their parents passing away. While visiting the MC gives the backstory of elephants while the staff feeds them milk from a giant baby feeding bottle.  You can see the jubilation in the elephants playful manner. The elephants can also get feisty and getting a shoving match. One of the few fights resulted in the elephant’s bumping into the onlookers.  It made for a funny moment as the kids had to be separated by the parental staff. 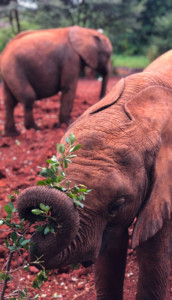 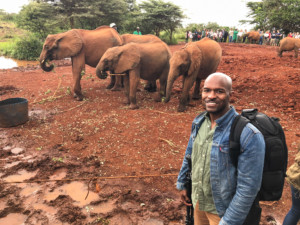 I love it when kids get to play together. 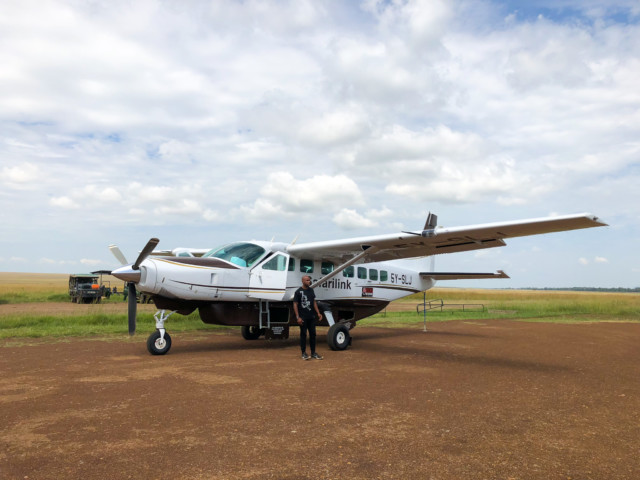 Safarilnk provide great on time service into the bush.

6. Flying private into the bush

Transfering to the different camps is done via chartered flights leave out of Wilson airport.  Flying in small planes that seat 10-20 people might be scary to some people but it’s also thrilling.  The planes don’t travel at a high altitudes which gives passengers amazing aerial views of the vast Kenyan land.  The plane lands on an airstrip made of dirt and grass independent of any type of air traffic control. It’s beautiful reminder that you’re in Africa. 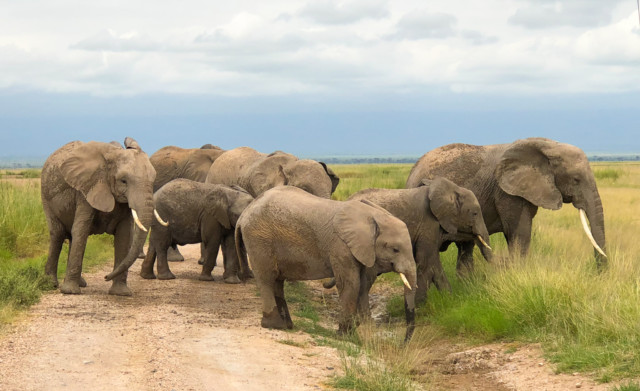 It’s a beautiful sight to see these majestic animals enjoying life together.

During your stay at the Adventure Camp you will take a day trip to the Amboseli National Park where you have a front row to an abundance of animals.  I was able to witness multiple groups of elephants eating and mothers watching after their children. Zebra, impala, gazelle and numerous types of birds. 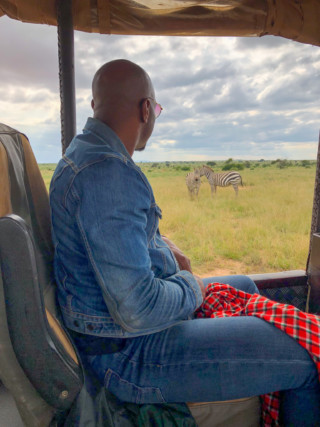 Great seat and view in Amboseli.

I visited the local Massai boma (village) and got a chance to interact with the men, women and children.  One lady invited me into her home which was a small two room hut with sleeping areas for her husband, children and a cooking area.  Traditionally the women build the home using dung (cow manure) and sticks to construct the roof. 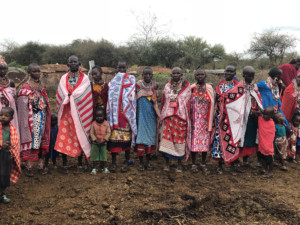 Maasai women greeting us at we arrive to their boma (village). 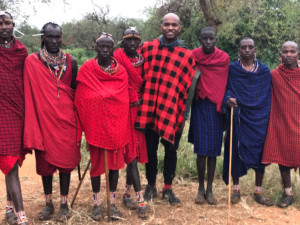 Maasai men of the boma.

I’m not a big bird watcher but the Maasai can spot birds with precision. I learned about and saw so many birds that I have a newfound appreciation for creatures of the sky.  Bring a good pair of binoculars and enjoy the unique species that are only found in Africa. 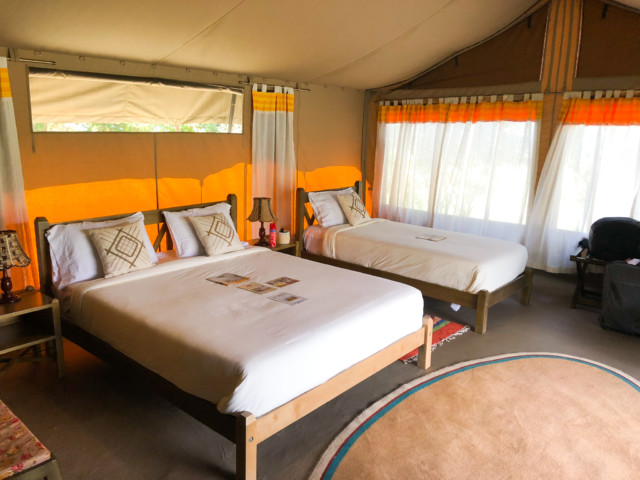 All of the camps provided spacious tents but the Cheetah camp’s tents made me feel like I was living large.  The bedroom size was slightly bigger than the other camps but the bathroom was enormous. The camp sits up on a hill which gives it an element of seclusion.  The husband and wife owners were amazing and shared meals with us. 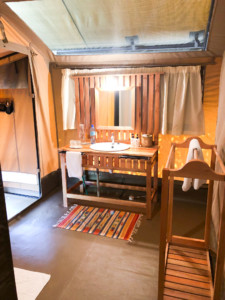 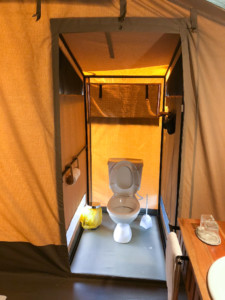 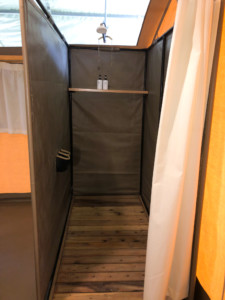 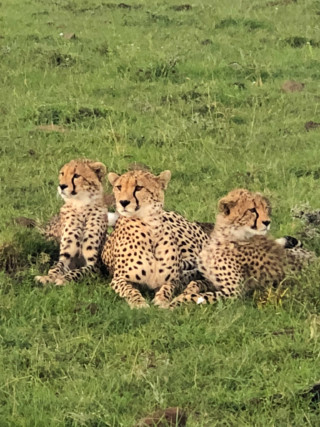 You can’t visit the Cheetah Camp without seeing cheetahs.  I’ve been on multiple safaris before and never seen cheetah.  On the day we landed 15 minutes later we spotted a mother and her two kids sleeping under a tree.  It was a precious moment and was worth the wait. 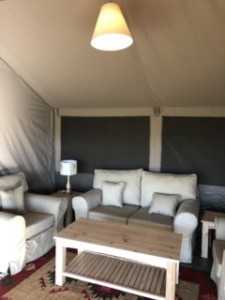 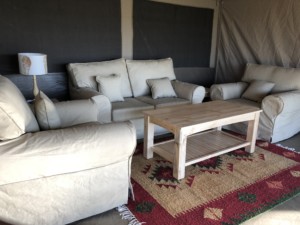 I was fortunate to stay in the newly opened family tent. The tent had a living room area that connected two tents with king beds and bathrooms.  It is the perfect set up for a family traveling together and want to sleep in the same tent. 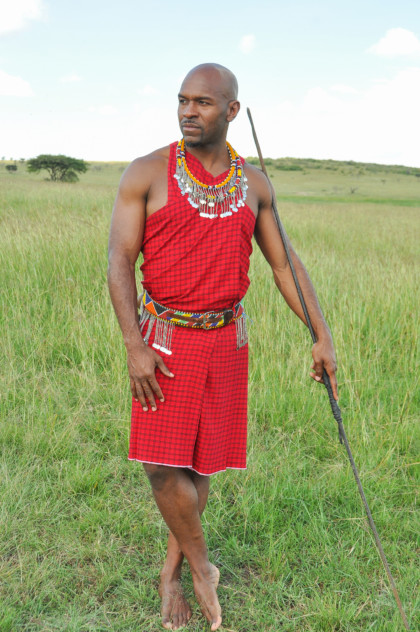 I was honored to be able to wear Maasai clothing and do a photoshoot.

My friend Tanyka was travel with me and she wanted to do a Maasai photoshoot.  The staff organized all the attire for the both of us and we had a Massai photoshoot in the bush.  The Maasai appreciated our genuine desire to honor their heritage and dress like them. 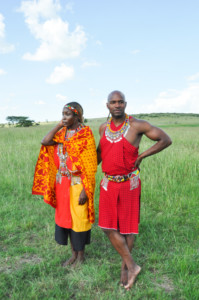 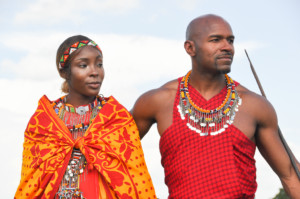 Gamewatchers Safari and Porini Camps provided an awesome experience.  I had a great time connecting with the Maasai, eating delicious food and disconnecting from the hustle and bustle of urban life.  I was able to enter the bush and my presence had minimal impact on the environment. I’ve been on safaris in the past but my time in Kenya catapulted to the top of my favorite safari list.  Gamewatches is an affordable option that doesn’t sacrifice the bells and whistles of comfort and convenience. 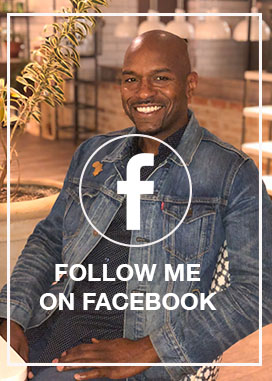 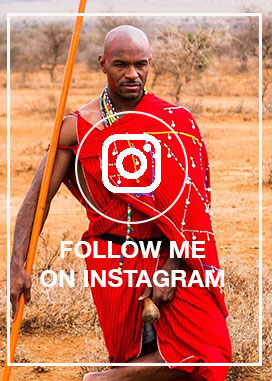 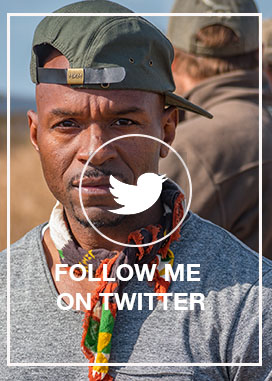 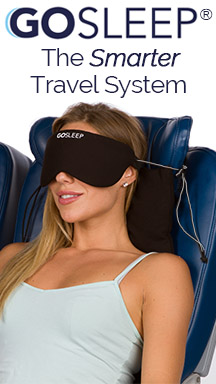 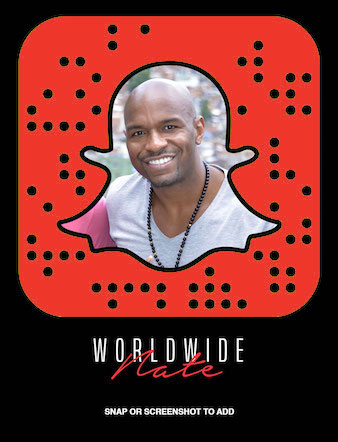 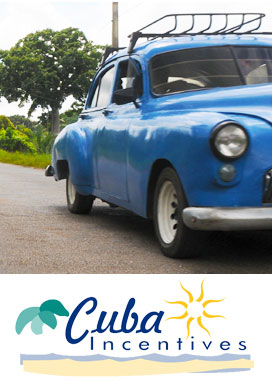